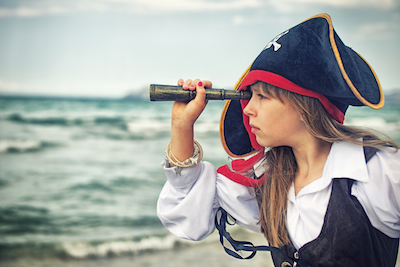 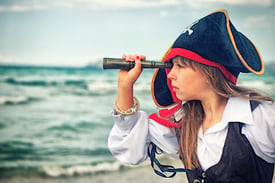 Did you know that in 1821 notorious pirate Jean Lafitte settled on the site of what is now Corpus Christi? President James Madison issued a full pardon for Lafitte's crimes after the pirate and his band assisted General Andrew Jackson in the defense of New Orleans during the War of 1812. This colorful history is celebrated by the city's annual Buccaneer or "Buc" Days.

2015 marks the 78th year of Buc Days, which are scheduled for Thursday, April 23 through Sunday, May 3. This week-and-a half is a carnival of rodeos, amusement park rides, parades and more. If that isn't enough to whet your appetite, here are five reasons why Buc Days should be on your calendar.

Dunking of the Mayor

Buc Days opens with this lively tradition at 6 PM on April 23. A band of beautiful pirate queens sails into the Yacht Basin in pursuit of the mayor, who is eventually "forced" to surrender. After the pirate proclamation is read, the mayor walks the plank and the festival is on! Grab a seat on the deck of Joe's Crab Shack for the best view.

Enjoy the breathtaking sight of this evening parade beginning at 8 PM on Saturday, May 2. More than 160,000 attendees anxiously await the arrival of the Buc Days float with the Pirate Queens and Kings, making it the largest event of the festival.

The Buc Days rodeo has become one of the top-50 worldwide events sanctioned by the Professional Rodeo Cowboys Association. Over the years, noted names such as Ty Murray and Fred Whitfield have competed for a share of more than $200,000 in total prize money. Tickets range from $15 - $35.

Do you have any kids who are budding cowboys? Head to this event at 10 AM on Saturday, April 18 where children above the age of 5 and weighing less than 55 pounds can ride a sheep for a $25 donation to the Buccaneer Commission Foundation. There will also be a "Bring the Heat" jalapeño eating contest at noon.

Buc Days proceeds raise funds which this foundation uses to award annual scholarships to local youths. The festival is even more entertaining when you know that you are supporting a good cause.

Festival entrance is at Park Avenue and S. Water Street. General admission is $5 for adults and $3 for children, Single-day and all-days wristbands are available for the carnival rides. Rodeo tickets may be purchased at the Ticketmaster website or outlets.

Have you attended previous Buc Days? Share your favorite memory in the comments!

Previous Story
← What Does Your Apartment Say About You?
Next Story
Living In An Apartment? Here’s How To Save On Your Energy Bills →