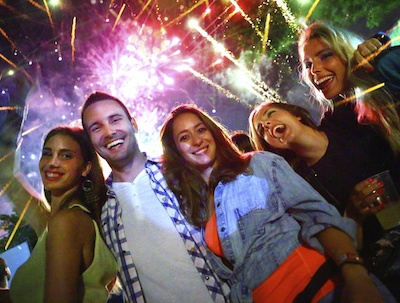 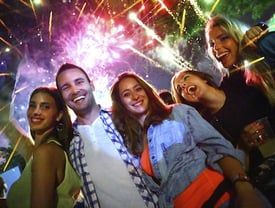 It seems like only last year when we were anxiously awaiting the new millennium and what it would bring. Now we're getting ready to ring in 2016. One thing that hasn't changed is that there are several great New Year's Eve festivities happening in Corpus Christi. Still making plans? Check out our list of the top 5 local year-end events.

Head to one of Corpus Christi's favorite live music venues for "Any Colour You Like," a Pink Floyd tribute named after one of the tracks on the band's classic album, Dark Side of the Moon. Rated R and Modern Day Warrior will be on hand performing covers of Pink Floyd's greatest hits. Just 20 minutes from Springs at Corpus Christi, the party starts at 9 p.m. and tickets are available on the website for only $10.

Enjoy a gourmet four-course dinner over live music at the Marina Room, overlooking the city's beautiful bay and skyline. Tickets are $49.99 and include one cocktail, party favors and a keepsake photo. Seatings are 7 p.m. and 9:30 p.m. If you want to keep the party going, join the 11 p.m. bay cruise on the Japonica. The event is BYOB with a midnight champagne toast included in the $20 admission ($25 for cruise only).

Indulge your competitive spirit at the holiday edition of Surf Club's popular "Geeks who Drink" evening. The competition takes place on their (dog-friendly) patio from 7:30 p.m. - 8:30 p.m. Stick around afterwards for live music. Surf Club has nearly two dozen beers on tap as well as a menu of bar favorites such as burgers, wings and sandwiches.

Did you know that laughter helps you live longer? Start the New Year on a healthy note at Chuckles Comedy Club. Michael Winslow, comedian and star of the Police Academy films, will be performing shows at 8 p.m. and 10 p.m. on December 31. The club has a full bar with more than 25 domestic and import beers, along with a casual dining menu that includes pizza. Admission is $40.

The funky R&B of Somethin' Silky provides the backdrop of the New Year's Eve party beginning at 9 PM at Rockit's. Join the fun with a complimentary champagne toast for only $10, or make the evening extra-special with a reserved table and room at the Holiday Inn Downtown for $150 per couple. Brewster Street Ice House, Rockit's sister venue, will be featuring a sing-along piano bar show starting at 9 p.m. Four ticket packages are available, including dinner or a midnight breakfast buffet.

Where will you be spending New Year's Eve? Let us know in the comments!

Previous Story
← Why Do Apartment Lease Rates Change So Often?
Next Story
What Do Springs Residents Say About Our Communities? →