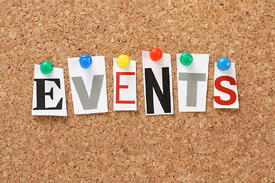 When it comes to sports in San Antonio, it’s obvious that the Spurs are the main attraction. As the NBA’s defending Champions and winners of 5 NBA titles since 1999, the Spurs have helped San Antonio establish a reputation as one of the greatest basketball cities in the entire U.S. With future Hall of Famers scattered throughout the current roster, and even more Hall of Fame names hanging from the rafters, it’s no wonder why more than 18,000 people continually pack the AT&T Center for the Spurs’ home games.

And while every sports fan should experience the electric atmosphere of one of these Spurs’ home games, San Antonio’s sports tradition doesn’t start and end with the Spurs. In fact, it’s not even the only basketball team worth checking out! For sports fans looking to get their fix in San Antonio, here are 4 other sporting events you should definitely see:

Though they live in the shadow of the team with whom they share the AT&T Center, the San Antonio Stars have quietly put together the 4th best record in the WNBA this season. Led by their All-Star guard, Danielle Robinson, and 3rd overall pick in the 2014 draft, Kayla McBride, the Stars are in a position to make the playoffs for the 7th time in 12 years since moving to San Antonio. Ticket prices are affordable – ranging anywhere from $15-$65 – and they even offer $1 drinks during Friday home games! If you need to satisfy your basketball cravings during the NBA offseason, make sure you check out the San Antonio Stars.

For football fans looking for more excitement than just the Alamo Bowl, the Alamodome also hosts the Arena Football League’s San Antonio Talons. And if you’ve never been to an arena football game before, you’ll definitely want to check this out! Played indoors on a field the size of your standard NHL hockey rink, arena football games are known to be fast paced, hard-hitting, and high scoring. Ticket prices range anywhere from $7-$140, so head on over to the Alamodome for some great football action, at a percentage of the cost.

With the Houston Astros being the closest MLB team to San Antonio, the San Antonio Missions have been entertaining local baseball fans since 1888. As one of the Texas League’s charter members, the Missions are as much a part of Texas baseball history as any other team in the state – and they’re pretty good, too! As an affiliate of the San Diego Padres since 2007, the Missions have won 3 league titles since then (including the 2013 league title) and have produced several noteworthy MLB starters like Chase Headley, Mat Latos, and Will Venable. Stop by the ballpark on Thursdays for $1 beers, soda, and hot dogs, or try coming on another one of their many promotional nights. With ticket prices ranging from $5-$12, you won’t regret this trip to the ballpark.

For football fans in San Antonio, the Alamo Bowl is one of the biggest events of the year. Usually reserved as a match-up between the second choice team from the Pac-12 conference and third choice team from the Big 12 conference, the Alamo Bowl often ranks as one of the most exciting non-BCS bowl games in college football. In fact, it’s featured at least one ranked opponent in each of the last 4 years, including the #10 Oregon Ducks as the 2013 champions (over the Texas Longhorns, nonetheless). Football fans from all over the country will flock to the historic Alamodome for this one game, so you definitely won’t want to miss the action.

For more information about the different sports and entertainment options available in San Antonio, please contact one our local property managers. Know about any exciting sporting events that we missed? Sound off in the comments below.

Previous Story
← 12 of Our Favorite Organizing Tips
Next Story
Tired of the Alamo? Check Out These 3 Hidden Gems in San Antonio →

These Stories on Moving to San Antonio

Moving With a Pet in San Antonio? 7 Tips for a Stress-Free Transition

How Long Will it Take to Find an Apartment in San Antonio? A Handy Timeline