USF: All You Need to Know About Your Bradenton-Sarasota Football Team 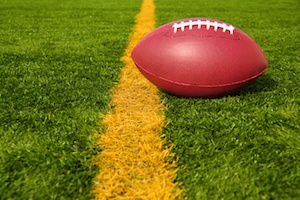 The arrival of fall in Southwest Florida means cooler temperatures, pumpkin spice lattes and, more importantly, football. Residents of our Springs at Palma Sola and Springs at Bee Ridge apartments don't have to travel far to catch a competitive game of football. The University of South Florida Bulls is one of the best teams in its conference and is sure to offer Bradenton and Sarasota spectators a thrilling football game.

Here's what you need to know about your Bradenton/Sarasota collegiate football team:

Member of the American Athletic Conference

The USF Bulls have been playing football since 1997 and are a part of the American Athletic Conference of theFootball Bowl Division within the National College Athletic Association.

Games are Played at Raymond James Stadium in Tampa

Raymond James Stadium, also referred to as the "Ray Jay," is home to both the Tampa Bay Buccaneers (NFL) and the USF Bulls (NCAA). The stadium can seat more than 65,000 fans and is scheduled to host Super Bowl LV in 2021.

Attending a USF game at Raymond James Stadium is economical with the average ticket costing approximately $20. Fans will have several opportunities to see USF play this year as there are several remaining home games. Be sure to check out the full schedule for the 2017 USF football season and pick a few games to go to.

The 2017 football season is off to a great start, despite the September 9th game against University of Connecticut being cancelled due to inclement weather. The momentum behind the team's winning record is expected to continue for the 2017 season under Strong's leadership.

School Colors are Green and Gold

Don't own any USF gear yet? You can still show your support for the team by wearing green and gold.

Some of the stars of the USF football team include Wide Receiver Zach Benjamin, Running Back Auggie Sanchez and Quarterback Steven Bench. Be sure to check out the 2017 USF football roster for a quick run down on each of the players.

Now that you have the skinny on USF football, plan to attend a few games and support your local Bradenton/Sarasota football team. Have you attended a USF football game? If so, please share your experience in our comments section below.

Spring in Bradenton/Sarasota is Beautiful. 6 Ways to Get the Most Out of the Season