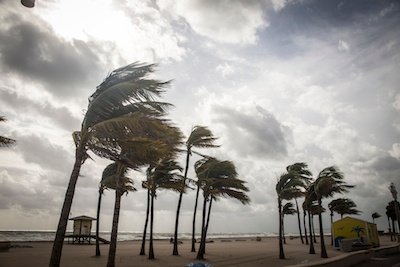 Gone With the Wind — Hurricane Preparedness for Bradenton and Sarasota

Living in an oceanfront paradise like Florida has amazing benefits, but you also need to be prepared for occasional extreme weather. May 7–13 is Hurricane Preparedness Week, so be sure to take some time to review important information you should know about hurricanes and emergency readiness.

What's the Difference Between a Thunderstorm and Hurricane?

Simply put, a hurricane is a thunderstorm on steroids. According to the National Oceanic and Atmospheric Administration (NOAA), a thunderstorm that forms over tropical or subtropical waters becomes a hurricane once it reaches maximum sustained wind speeds of 74 MPH.

Hurricane season runs from June 1 through November 30, but storms have occurred outside this window. The U.S. coastline is hit by an average of three hurricanes over a two-year period, with at least one classified as a major hurricane reaching wind speeds of 111 MPH or more.

Understand the difference between the various updates issued by the National Hurricane Center in Miami.

Members of a community often support each other during times of emergency. Why not include your neighbors in your planning so you can watch out for one another?

Do you have any safety tips to add? Let us know in the comments section below!

Spring in Bradenton/Sarasota is Beautiful. 6 Ways to Get the Most Out of the Season