All About OSU: Your Local Cincinnati Football Team 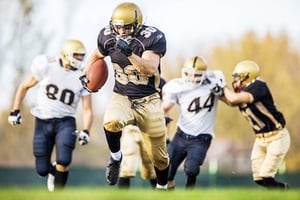 For sports enthusiasts, fall means more than just crisp temperatures and pumpkin spice lattes. It's the time of year when weekend plans revolve around gatherings to watch football.

While there are many teams to support, including high school and the NFL’s Cincinnati Bengals, many of our residents of Springs at West Chester and Springs at Liberty Township consider Ohio State University to be their local Cincinnati football team. Being a top-10 team in NCAA Division 1 college football, it's hard not to get behind the passion of this team.

Here are some facts about the Ohio State University football team that you need to be aware of:

1. The Team is Part of the Big Ten Conference

The OSU Buckeyes are currently leading the East Division of the Big Ten Conference, which is the oldest collegiate athletic conference in the country. The teams that compete in this conference are part of the Football Bowl Subdivision that offers the highest level of NCAA competition in football.

2. Games are Played at Ohio Stadium in Columbus, Ohio

One of the reasons fans are so passionate about OSU football is the history behind the team. OSU has played its football games at Ohio Stadium in Columbus since 1922. Although the stadium offers more than 100,000 seats, finding a ticket to experience a game in-person can be difficult.

4. Urban Meyer is the Team Coach

Urban Meyer became head coach of the OSU Buckeyes in November of 2011 after leading the University of Florida to two national championship victories in 2006 and 2008. In his first full season of coaching the Buckeyes, the team went a perfect 12-0, leading the 2012 Big Ten Leaders Division. Meyer is also responsible for securing a national championship title for OSU in 2014.

5. The Roster Includes Some of the Best Players

Some of the most "dangerous" Buckeyes to the team's opponents include versatile linebacker Jerome Baker, defensive lineman Tyquan Lewis, defensive lineman Nick Bosa and quarterback J. T. Barrett. The team lost seven players last year to the NFL draft, so the team is in rebuilding mode this year.

6. OSU Has Some Big Games This Year

Some of the most anticipated games for the rest of the season include OSU vs. Penn State (October 28th), OSU vs. Michigan State (November 11th) and OSU vs Michigan (November 25th). The Michigan game in particular could determine the winner of the B1G East and could factor into the College Football Playoffs as well.