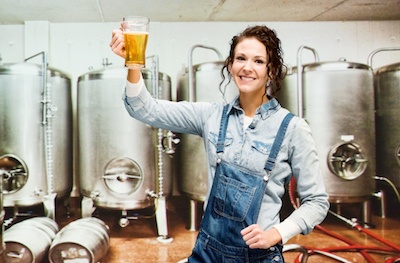 Take a Tour of These Cincinnati Area Breweries 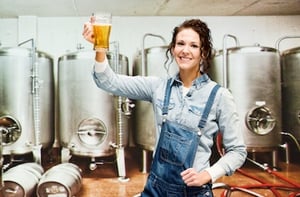 The Cincinnati area is home to many excellent breweries, large and small. Whether you're a dedicated beer fan or just starting to sample what the area has to offer, visiting one of these breweries for a tour or tasting is a great way to spend time with family and friends. Here are five you definitely want to add to your list.

Braxton Brewing Co. started in a young man's garage and has since become a Cincinnati-area sensation. In this garage-inspired taproom, you can enjoy live music every third Thursday of the month, along with Trivia on Tuesday nights. Try a Braxton classic, like the Storm Golden Cream Ale or the Revamp India Pale Ale, or opt for something seasonal like the Oktober Fuel Oktoberfest Lager.

MadTree Brewing has a lively taproom, and they also offer brewery tours for just $6 per person. The tour includes a token for a free beer in the taproom, and you can schedule your tour online. Some of MadTree's best-known brews are their Farm Fresh Pale Ale, Lift Kolsch and Happy Amber Ale. Catch-a-Fire Cafe serves wood-fired pizza to brewery guests, with options like the Tequila Sunrise Pizza and Three Little Pig Pizza which pair perfectly with beer.

Fifty West Brewing Co. is built into a former speakeasy along Route 50. They opened in 2012 and have been brewing small-batch craft beers ever since. They serve beer and food in their brewpub, and the draft list includes sensations like Tastee Whip ICA, Paycheck's Porter and King of the Jungle Ale. They even offer a Sunday Brunch menu with dishes like cinnamon French toast and fried green tomatoes.

Bad Tom Smith's Cincinnati taproom features an outdoor beer garden with a stand-alone bar with seating on both sides. Inside the taproom, there’s a record player, along with a huge collection of vinyl albums that will bring back great memories of generations past. Taste Bad Tom Smith's signature beers, like the Bad Tom Brown, Fink Red Rye and Doc's Kentucky Common.

Operating out of a historic building, Rhinegeist offers a unique rooftop bar with great views. The taproom features a large wooden bar and is naturally lit through skylights during daylight hours. They have cornhole, ping pong tables, and plenty of space to relax with friends. Their 90-minute tours are held every Saturday at 2:30 p.m. and include tastings of rare and unreleased beers. They do not serve food, but customers are welcome to bring food from other local establishments into the taproom.

Residents at Springs at West Chester and Springs at Liberty Township, have you visited any of these breweries? Are there others in the area that you'd recommend? Let us know in the comments; we always look forward to your input!

Previous Story
← 6 Reasons Your Rent Goes Up Each Year — And How a Lease Can Help
Next Story
Prime Rib Taste on a Hamburger Budget: 8 Creative Ways to Save on Meal Prep →