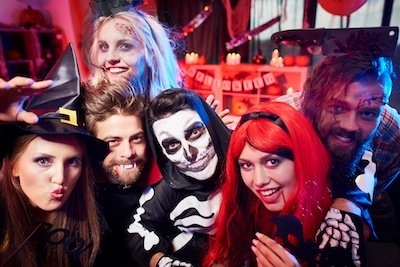 Scare Up Some Fun at 5 Festive Halloween Events in Denver 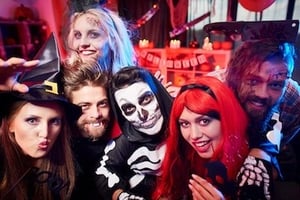 Everyone's a kid on Halloween, the time when "things that go bump in the night" promise some frightful fun. Put on your most creative costume and head out to these great Halloween festivities taking place near our Springs Denver luxury apartment communities.

Broadway between 5th and Alameda, Denver

What holiday is complete without a parade? At the second annual Broadway Halloween Parade, marching bands, spooky floats and assorted ghosts and goblins will make their way along a nine-mile route. There will also be various themed events, including horror story readings at the Ross-Broadway Library, before and after the parade, which begins at 6 p.m. on Saturday, October 20. Admission is free.

City of the Dead and Asylum

Get double the thrills and chills at these dual haunted houses, which were ranked #1 by Discovery Channel on their list of the Top 13 Scariest Haunted Houses in the U.S. You'll never know what's around the corner as you make your way through the 15,000 square-foot abandoned asylum. The attraction is open daily through November 3 (closed Mondays and November 1). Visit the website for times and prices. Please note that this activity is not recommended for children 12 and under.

This popular family-friendly event started in Minnesota and has been branching out across the West, making its first appearance in Denver this year. Eight Pumpkin Lands, featuring 3,000 hand-carved synthetic and real pumpkins, make up the dazzling centerpiece of the attraction. Entertainment includes fire-breathers and dancers, pumpkin-carving demonstrations, face painting and scavenger hunts. Local food trucks will be on hand with tasty treats and beverages. Pumpkin Nights is open from 5:30 p.m until 10:30 p.m. between October 17 and November 4. Visit the website for prices.

Conjure up some spirits at the annual seance hosted by Goddess Isis Books & Gifts, which specializes in metaphysical exploration on what was once the site of a funeral home. Halloween is believed to be the time of easiest passage between our world and the "other side." Leader Charles Cox has more than 30 years of experience with readings and seances. The event begins at 7 p.m. on Wednesday, October 31 and tickets are $35.

Denver's trendy nightspot, housed in the city's historic Union Station, turns back time for their annual event. A DJ spins tunes while you sip on holiday-themed cocktails. Grand prize for the costume contest includes a $100 gift card to Denver Union Station and a night at the Crawford Hotel. Spooky Speakeasy will be held in the Lower Gallery Level Bar beginning at 9 p.m. on Friday, October 26 and there is no cover charge.

Did we miss a Halloween event that's on your radar? Tell us in the comments!

Previous Story
← No More Excuses: Tips for Creating a Workout Center in Your Own Home

These Stories on Things to Do