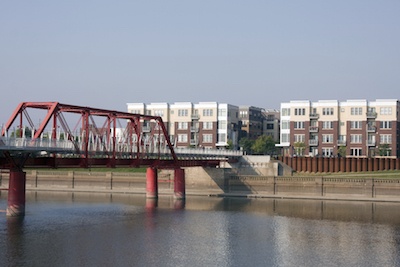 The Cost of Living in Des Moines (compared to other cities)

If you’re relocating, the C2ER (Council for Community and Economic Research) index allows you to compare the cost of living in two different cities. You can compare your current cost of living with Des Moines to find out if your paycheck will stretch farther.

Des Moines Compared to Other Cities in Iowa

According to AreaVibes, many of the Iowa cities listed in their database have livability ratings between 65 and 85. The livability ratings for each city are based on an algorithm that combines various metrics like cost of living, crime rates, housing cost and availability, climate, and amenities.

Des Moines has a livability rating of 76, which falls into AreaVibes’ "Extremely Livable" category. It receives an A+ in both Cost of Living and Amenities and a B in Education. Cities that rank higher than Des Moines in Iowa include Urbandale (84), Waukee (83), Ames (82), and Norwalk (82). Cities that rank lower include Osceola (75), Pisgah (65), Centralia (69), and Edgewood (69).

Des Moines receives an A+ in amenities for the many quality things to do and see: golf courses, farmers markets, the Des Moines Symphony, the Blank Park Zoo, and much more.

Our team here at Springs Apartments enjoys being a part of such a high-quality, positive community. What do you love most about Des Moines? Leave your comments below!

A 6-Point Checklist for Finding Your Ideal Neighborhood