The Lowdown on Hockey in New Orleans 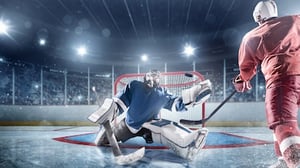 New Orleans hockey fans rejoice! The sports season is upon us and games are well underway. If you’re new to the area and looking for a team to root for, here’s the lowdown on the hockey scene in the area. We’ll give you all the essential details on who plays in the area and where you can catch them.

The Deal With the Brass

From 1997 to 2002, New Orleans had its own ECHL hockey team — the New Orleans Brass. Though they enjoyed a brief period of popularity, the team was edged out of the Municipal Auditorium when the NBA’s Hornets came to town. The cost of switching the floors between hardwood and ice was more than the Brass could handle and the team folded. Today, New Orleans hockey fans have to find their teams a little farther from home.

Hockey fans in New Orleans will find their closest team in Lafayette. The Louisiana Drillers are part of the South Division of NA3HL junior hockey. The Drillers play in the Planet Ice arena, and their schedule is packed with autumn games, so it’s easy to catch them at home. Upcoming games in Shreveport include:

Though they’re not as close as the Drillers, the Shreveport Mudbugs are a convenient alternative if you’re looking for another hockey team to cheer for. The team was out of operation since 2011, but returned in 2015 when the owner signed a 12-year lease for use of Hirsch Coliseum. The Mudbugs are the only Tier II Junior league in the USA Hockey sphere.

Where to Watch the Game

If you’re not up for a trip to catch a Louisiana hockey team in person, there are several great sports bars around the New Orleans area where you may be able to catch the action while enjoying hot food and cold drinks served right at your table. The MugShots Grill & Bar is about 10 minutes from our Springs at River Chase Apartment community, so indulgences like a Spicy Cajun Bloody Mary and hearty steak burger are never far away. Our Fremaux Town Center residents are just five minutes from the Times Grill, where distinctive burgers and sports games abound.

How will you be enjoying the hockey season this year? Share your favorite teams, players, and sports bars with your fellow Springs residents in the comments section below.

Turn Tax Day into a Great Day in New Orleans