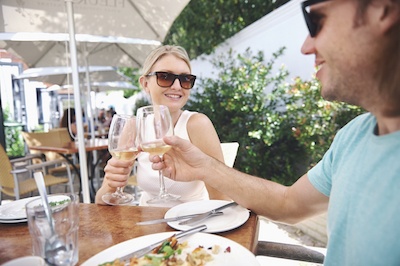 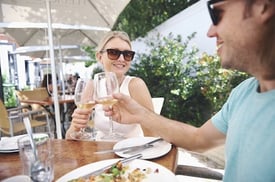 Now that you're settling in to your Springs apartment, you've probably got some time to ramble around and see the sights of New Orleans. No doubt you've already visited the Big Easy's best-traveled venues, such as Bourbon Street, the Garden District and St. Louis Cemetery. So what about getting off the beaten path, and seeing some unique and lesser known attractions? You'll be amazed at what you discover in this culturally rich and eccentric city.

Most tourists never make it as far as Lake Pontchartrain, so it remains one of the city's best-kept secrets. A large, natural lake formed 5,000 years ago, Lake Pontchartrain and its surrounding basin provide habitat for wildlife in the wetlands and marshes, while many locals derive a living here from shrimping, fishing and gathering oysters and crabs. Drive along Lakeshore Drive through a series of parks overlooking the lake. You can also enjoy picnicking, boating, cycling, fishing and kayaking on Pontchartrain. Pontchartrain Beach is temporarily closed for swimming, but Fontainbleau State Park beach on the northern shore is open.

Sallie Ann Glassman isn't Haitian, but she does claim to be a voodoo (also spelled vodou) priestess, whose credentials include initiation in Haiti. Her unusual store and gallery, Island of Salvation Botanica, offers medicinal herbs, vodou religious supplies and Haitian and local artwork, and is an access point for those fascinated with this African-based religion and culture. New Orleans has strong roots in vodou, and Glassman, who will provide everything from "spiritual baths" to crystal ball readings, strives to purvey an authentic experience.

A secret garden always fascinates, and Longue Vue House and Garden is no exception. Located on eight acres, the house and gardens were constructed from 1935 until 1950 by wealthy New Orleanians Edgar and Edith Stern. The Sterns entertained notables such as Eleanor Roosevelt and Jack Benny in the house, whose three stories (including a basement – a rarity in low-lying New Orleans) are filled with the couple's original furnishings. There are 15 individual gardens on the estate, including the intriguingly named Pan Garden, the Wall Garden, and for children, the Discovery Garden.

Are you a fan of thoroughbred horse racing? You might be after you visit this this historic track, where racing has been ongoing since 1842. You can also play the slots or watch the races while you lunch at the Clubhouse Dining Room. During the summer, things get wild when "jockeys" race exotic animals such as ostriches, zebras and camels. The Fair Grounds is host to the annual Louisiana Derby.

We hope these offbeat venues will get you started finding even more adventures in New Orleans and the surrounding area.

Turn Tax Day into a Great Day in New Orleans