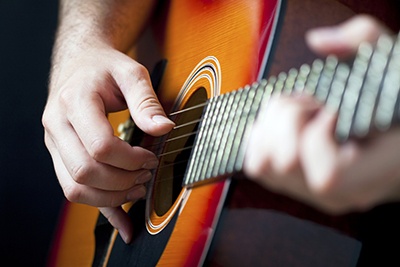 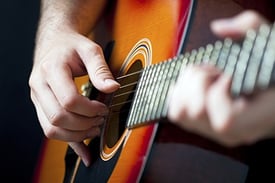 It should come as no surprise that people in Oklahoma City love music. While the city's Western roots make it a natural site for country, there is a lot of appreciation for many other styles including blues, jazz and rock. You'll find all these and more at these great live music venues around OKC.

When this 16,000-seat arena isn't hosting the hometown Thunder of the NBA, it's the site of concerts featuring the hottest national acts. Superstars making their way to OKC this summer and fall include classic rock favorites Def Leppard, country sweetheart Shania Twain and alt-rockers Foo Fighters.

The Blue Door refers to itself as "the best listening room in Oklahoma." Fans have compared the intimate ambiance as feeling "like you are in someone's living room with a great band." Founder Greg Johnson used his connections from a decade of working in Austin's music scene to establish The Blue Door as a site for singer-songwriters. This summer you can see such talented performers as Susan Herndon, Roy Book Binder and Bob Schneider.

If you find it hard to stay in your seat when the music comes on, the Wormy Dog is the place for you. This self-proclaimed honky-tonk in Bricktown has a dance floor to go with the "red dirt" country bands that appear regularly. Check out some of the acts that have played this venue on "Wormy Dog Radio" on their website.

This traditional pub-style bar in Bricktown showcases the best in local musical talent at 10 p.m. Fridays and Saturdays up on the second floor. There is also a live acoustic show each Wednesday evening at 9 p.m. With big-screen TVs, shuffleboard, darts and pool, TapWerks is an entertaining place to go even on non-music nights. Each floor has 106 beers on tap and the menu of classic bar favorites includes fish and chips, burgers and nachos.

Do you have a favorite club or concert hall to add to the list? Share it with us in the comments!