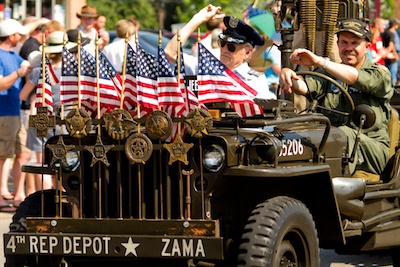 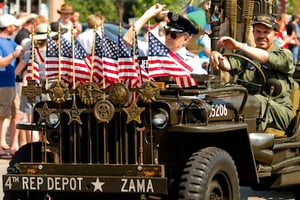 In 1949, the third Saturday in May was designated as Armed Forces Day. The occasion provides a valuable opportunity to learn about the role of the military in our country and recognize the men and women who serve to protect our freedom.

On Saturday, May 20, join the rest of the United States in honoring our Armed Forces at one of these events around Oklahoma City.

The 45th Infantry Division of the National Guard was created in 1923 to maintain order during times of disaster and political unrest, but they were called into federal service in 1940 and served in World War II under General George S. Patton. Today the museum includes 27,000 square feet of space for exhibits honoring Oklahoma's contributions to the U.S. military. Saturday hours are 10 a.m. until 4:15 p.m and admission is free.

In observation of the 100th anniversary of America's entry into World War I, the History Center is featuring an exhibit of 22 posters from the collection of Oscar Jacobson, the first director of the School of Art at the University of Oklahoma. Displays include iconic "Uncle Sam Wants You!" recruitment posters as well as themes of food rationing and war bonds. Prints of the posters will be on sale in the museum store. Saturday hours are 10 a.m. until 5 p.m and admission is $7 for adults and $4 for kids ages 6 to 17.

In 1995, Oklahoma City was the site of the largest domestic terrorist attack in the United States. Among the 168 victims were members of the military, while the Air Force and Oklahoma National Guard participated as part of the response and rescue team. The Memorial & Museum were created to commemorate "those who were killed, those who survived and those changed forever." Saturday hours are 9 a.m. until 6 p.m. and admission is $15 for adults and $12 for kids ages 6-17.

Lawton, home of Fort Sill, throws one of the biggest Armed Forces Day celebrations in the country. Festivities begin at 10 a.m. with a parade featuring bands, floats and military officers and veterans, then moves to Elmer Thomas Park for a day full of live music and BBQ. Other entertainment includes a car show, kids' activities, and a magic and comedy show, closing with a spectacular fireworks display. The festival runs until 11:30 p.m. and admission is free.

Our management teams at Springs at May Lakes and Springs at Memorial join our residents in saluting all members of the U.S. military, past and present.