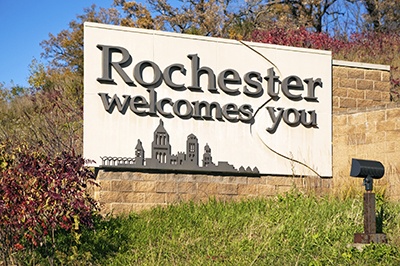 5 Exciting Reasons Why Rochester is the "Best Place to Live" 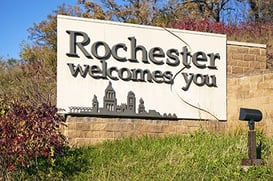 This article originally appeared on the Springs "You're Home Blog - Minnesota."

The rest of the country has now been let in on the secret we've known for a while: Rochester is a wonderful place to live. Livability.com is a website that ranks small- to medium-sized cities based on factors such as transportation, education and amenities. After two years in the top ten, Rochester emerged as the #1 choice on Livability's recently released "Top 100 Best Places to Live" for 2016.

Rochester's high ranking is due to the well-rounded quality of life it offers to residents. Here are some of the features that Livability found so appealing. We completely agree!

This world-class medical facility brings more to the community than superior health care. Not only does the Clinic directly employ 30,000 people, it has a ripple effect on the city's economy thanks to the 2 million people who visit each year from around the world. Over the next 20 years, the Destination Medical Center initiative is expected to add another 40,000 jobs.

A Thriving Arts and Culture Scene

Rochester has a number of cultural attractions that would be the envy of many larger cities.

In addition to an excellent K-12 school system, Rochester is home to a number of fine post-secondary institutions, including:

A Center for Technology

IBM has been a major presence in Rochester for more than 50 years. The company's Executive Briefing Center receives visits from thousands of clients a year looking for innovative solutions to maximizing their companies' IT resources.

Another benefit founded by the Mayo brothers is Rochester International Airport, which has daily flights to the hubs of Minneapolis, Chicago and Atlanta, where passengers can connect to anywhere in the world. The city is also accessible by a number of major routes including I-90 and state highways 52, 63 and 14.

And when Springs at South Broadway opens in early 2017, there’ll be one more item on the list of things that make Rochester a great place to live.

What do you love best about living in Rochester? Share your favorite features in the comments!

These Stories on Life at Springs

How to Research and Select the Best Vets in Rochester, MN