6 Things Every San Antonio Resident Should Do 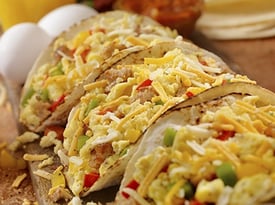 So you think you really know San Antonio? This city has a heritage and personality that goes far beyond the usual tourist spots. We've put together a list of experiences every San Antonio resident should have. How many of these do you still need to cross off your list?

1. Take In A Movie And More At The Alamo Drafthouse

The Alamo Drafthouse has attained legendary status with film lovers across the country for its eclectic programming, zero-tolerance policy toward talking and texting, and upscale menus with gourmet food and craft beers. On any given day you can choose between the latest Hollywood blockbuster, an award-winning independent film or a black-and-white classic from the 1920s. Be sure to check out their special events like Quote-Alongs and Mondo X Chiller Nights.

2. Learn To Appreciate The Finer Points Of Breakfast Tacos

Why not enjoy the deliciousness of tacos any time of the day? San Antonio residents are so crazy for this south-of-the-border classic that they're happy to eat them for breakfast, lunch and dinner. Head over to Taco Taco Café where they really do it right with nearly 20 varieties of breakfast tacos such as machacado and egg, chorizo a la Mexicano and barbacoa.

3. Step Out For Some Two-Step Dancing

Ever since John Travolta hit the dance floor in Urban Cowboy, the lively dance style known as the two-step has been a major element of the Lone Star mystique. Popular honky-tonks like John T. Floore's and Gruene Hall have ample dance floors as well as shows with top-name talent like Bob Schneider and Dwight Yoakum.

4. See The City From A Bicycle

While San Antonio retains much of its Old West flavor, the city is tops on the green living list with features such as one of the few bike-share programs in the country. B-cycle memberships are available in a variety of inexpensive options that give you 24/7 access to the dozens of stations around the city.

Did you know that Texas has a thriving wine industry? Get a close-up look at more than 40 wineries and sample their wares when you meander down the Texas Wine Trail (with a designated driver) beginning just north of San Antonio and winding through Fredericksburg, Lampasas and New Braunfels.

6. Share A Drink With The Spirit Of Teddy Roosevelt

Well, the symbolic spirit, not an actual spirit. Sip a martini in the wood-paneled elegance of the Menger Bar, where Colonel Theodore Roosevelt recruited his team of Rough Riders to fight in the Spanish-American War. Stay for dinner at the Colonial Room and try their famous mango ice cream, which was served at both of President Bill Clinton's inaugurations.

What does living in San Antonio mean to you? Is there another signature destination you would add to the list? Share it with us in the comments!

Previous Story
← Two July Events In San Antonio You Don’t Want To Miss
Next Story
One Product Every Apartment Dweller Should Have: Baking Soda →