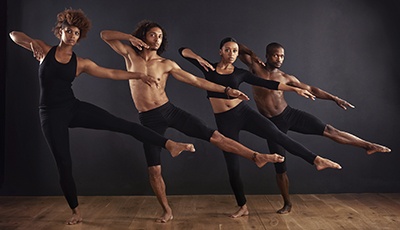 So you have a free weekend ahead of you but you've seen all the movies at the multiplex and the Spurs aren’t playing. It's a perfect opportunity to check out San Antonio's vibrant performing arts scene. The area's rich mix of cultures makes for a variety of entertainment that's rarely seen in other cities.

To get you started, we've put together a list of some of the best places to find live shows in San Antonio. Get ready to discover a whole new world!

This sparkling venue is like the Disneyland of performing arts. It's home to a number of the city's major performance groups including Ballet San Antonio, Opera San Antonio and Youth Orchestras of San Antonio. In addition, they present concerts and comedy shows, the Cinema on the Plaza series, and special events such as the San Antonio Film Festival. The center features a number of different auditoriums and theaters to accommodate any type of event.

This historic theater in San Antonio's Deco district began its life as an elegant movie palace where John Wayne hosted the premiere of his film The Alamo in 1960. Today it's the home of a non-profit group dedicated to providing the community with top-quality productions of popular Broadway plays and musicals. This year's calendar includes award-winning titles such as Mary Poppins, West Side Story and American Idiot. Classes in dancing, singing, acting and piano are available along with a summer kids' camp.

The beautiful Spanish Mediterranean-style building that houses the Majestic has been designated as a National Historic Landmark. Their calendar is an eclectic mix of Broadway productions, national comedy acts and concerts featuring the best in classic rock along with today's hottest performers. It's also the home stage for the San Antonio Symphony Orchestra. The Majestic's sister venue, the Empire Theatre (226 N. St. Mary's Street), is a smaller, more intimate facility that features stage plays and specialty musical acts.

Jump Start is an innovative group with a mission to encourage non-traditional approaches in the performing arts to more fully reflect a diverse mix of cultures. Productions include original works by company members as well as by noted guest artists Ntozake Shange and Robert Wilson. The company is also devoted to providing education to community youth and developing programs using the arts as healing therapy for individuals with mental illness and abused and neglected children.

Have you discovered a favorite performing arts venue that should be included in this list? Share it with us in the comments!