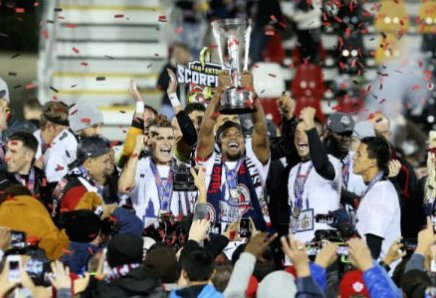 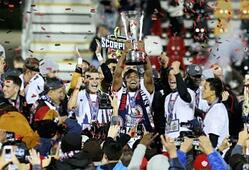 Move over Spurs! There’s another champion in town now. Last Saturday night, the San Antonio Scorpions beat the Fort Lauderdale Strikers in a 2-1 thriller to win the North American Soccer League’s 2014 Soccer Bowl. Despite the cold, sub-50-degree temperatures, more than 7,800 fans filled the seats at Toyota Stadium to witness the Scorpions first shot at the title since joining the league in 2010, and they couldn’t have asked for a better game.

The cold temperatures led to cold starts from both teams, with the game remaining a goalless draw well into the second half. The drought was worth the wait for San Antonio, however, as midfielder Rafael Castillo opened the scoring with a spectacular bicycle kick goal in the 69th minute. 6 minutes later, Castillo helped put the Scorpions up 2-0 with an assist on Billy Forbes’ eventual game winner, and the rest is history!

For Scorpions fans, this was the perfect way to cap off a successful 2014 season, in which the Scorpions finished 2nd in the regular season standings for overall points. James Hope, President of the Scorpions’ supporters group “the Crocketeers,” hopes the city makes plans to celebrate their accomplishment much like they did for the Spurs.

“It’s a championship! San Antonio is a championship city and we want to show off our San Antonio Scorpions,” Hope said. “We’d love to see the city of San Antonio step up, do a presentation somewhere, Alamo Plaza or maybe STAR Soccer complex… Invite the crowd up and really just be able to give one last celebration.”

This championship gives Scorpions fans a reason to celebrate with Major League Soccer looking to add a 24th franchise by 2020. In 2011, San Antonio put in a bid to host the MLS’ 20th or 21st franchises, but saw New York and Orlando chosen instead. However, with plans to expand the league even more in the near future, San Antonio is one of three cities on a shortlist of contenders, along with Las Vegas and Minneapolis. And given the Scorpions’ recent success on the soccer field, it’d be hard NOT to choose a championship caliber team in America’s 7th biggest city.

As if a winning franchise in a big city full of passionate fans wasn’t enough, the Scorpions also hope to pad their MLS résumé with a $45 million dollar stadium expansion. This proposed project would increase Toyota Stadium’s seating capacity to more than 19,000, along with more concessions, merchandising areas, luxury suites, and other amenities. According to the club owner and founder Gordon Hartman, growing interest in the Scorpions over the past 2 years has been “mind-boggling,” and this expansion will help take the team to the next level as fan and sponsor support continues to grow. In the end, Hartman hopes that Toyota Stadium rivals the fan experience and atmosphere of any top-tier soccer-specific stadium in the U.S.

While the Scorpions will have to play the waiting game before MLS makes their decision, this gives fans plenty of time to celebrate their championship. The Mayor intends to honor the team during the city’s annual Christmas river parade later this month, so make sure you head downtown to show your support and cheer on the city’s newest champions. We can only hope for more celebrations to come!