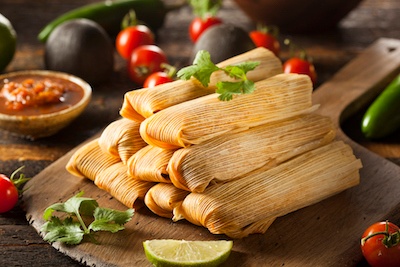 You probably know that San Antonio, with a population of nearly 1.5 million, is the second-largest city in Texas and the seventh-largest in the United States. While statistics like this are useful, they don't give a sense of San Antonio's unique personality.

Learn a little more about the city you call home with these fascinating and surprising facts.

1. San Antonio is for Lovers

Move over, Paris. Amazon bestowed San Antonio with the title of “Most Romantic City in the U.S.” based on total purchases of books, movies and other products relating to romance.

Speaking of romance, while former President Lyndon B. Johnson's political career may have him more closely associated with Austin, he married Claudia "Lady Bird" Johnson, his wife of 39 years, at St. Mark's Episcopal Church in San Antonio.

3. Summer in the City

With summer temperatures that soar well above 90°F, it might not come as much of a surprise that in 1928 San Antonio became the home of the first air-conditioned high-rise in the United States. The cooling system at the downtown 21-story Milam building kept temperatures at a moderate 80°F.

The Alamo is the most iconic attraction in San Antonio, but its recognizable facade wasn't actually a part of the original building. It was added in 1850 when the U.S. Army made repairs to use the Alamo as a depot.

Frito pie is a staple of Texas cuisine. Back in 1932, a man in San Antonio named C.E. Doolin purchased the namesake recipe for the fried corn chips and the rest, as they say, is history.

Pioneering aviator Katherine Stinson was the fourth woman in the country to receive a pilot's license and the first female to perform the classic loop-the-loop maneuver. Her name lives on today at Stinson Middle School in San Antonio.

When it comes to ocean exhibits, California and Florida generally come to mind, but SeaWorld San Antonio is actually the largest marine-life theme park in the entire world.

San Antonio cemented its title as the king of Tex-Mex by setting the record for tamale-making. On December 6, 2011, a group of 1,300 students and volunteers teamed up at Lanier High School to complete the making of 17,232 tamales with a combined weight of 2,420.9 pounds. The record became official when the people from Guinness confirmed it the following April.

Have another fun fact to add to our list? Let us know in the comments!