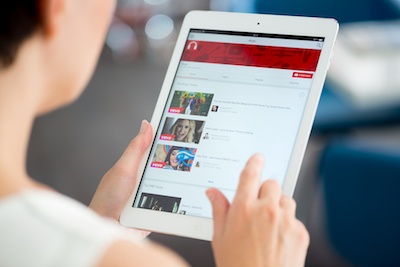 Play That Funky Music: The 6 Best Streaming Apps for Your Luxury Apartment 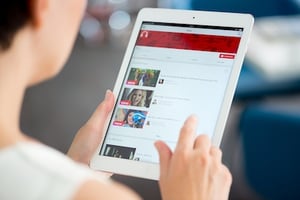 This article originally appeared on the Springs "You're Home Blog."

Technology has made the best in audio and visual entertainment available on demand. Whether you're looking for some exciting new artists or just building a playlist to accompany workouts in our Springs San Antonio onsite fitness centers, here are today's best music apps for tunes on the go.

Spotify may be the granddaddy of music apps, but it's still one of the more popular ones. CNET calls it "top of the pack" and names it the best app for social sharing through Facebook and other platforms. Download Spotify for free to enjoy their catalog of more than 30 million songs. Upgrade to premium for $9.99 per month to get benefits such as ad-free and offline listening.

While the digital world often gets knocked for being impersonal, Apple Music relies a great deal on the human touch. Beats 1 offers 24/7 live radio broadcasts from globally-based DJs, and playlists based on your listening habits are curated by music editors, not algorithms. After a free three-month trial, individual memberships are $9.99 per month and family memberships for up to six people are $14.99 per month.

Shazam is such a unique and well-loved service that it actually spawned a TV game show. One of the first music apps, Shazam's signature feature is the ability to identify music tracks in seconds, providing title and artist. Users can also follow their favorite artists and find out what they're listening to. Shazam is free, but you can download the ad-free Shazam Encore version for $2.99.

Online giant Google's entry into music streaming also lets you upload up to 50,000 songs from your personal library to the cloud for free access anytime on any device. Google Play Music has a free version and pricing for the premium version is similar to Apple Music, with a $9.99 per month fee for individuals and a $14.99 fee for families up to six people. The premium version is ad-free and includes access to YouTube Red.

Amazon is one of the heavy hitters in video streaming, and Prime Music is the equivalent service on the audio side. Basic service, included with the $99 per year Amazon Prime membership, is ad-free and includes a library of more than 2 million songs which can be accessed with Alexa for a $3.99 monthly fee. Non-Prime members can purchase the more robust Unlimited plan for $9.99 per month or $14.99 per month for the family plan.

All apps are available for both Android and iOS. What's on your favorite playlist? Have you found a favorite music app? Tell us in the comments!

Previous Story
← Want a Fresh New Look? When and Why to Rent Furniture for Your Apartment
Next Story
Spring in Southwest Florida is Beautiful. 3 Ways to Get the Most Out of the Season →

Sweet Dreams: 4 Ways to Fluff Up a Flat Pillow

Be a Budget Detective: 7 "Hidden" Costs to Cut