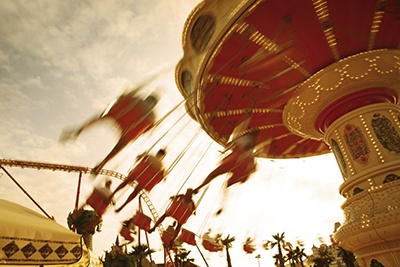 Get Ready for “Miles of Smiles” at the Oklahoma State Fair 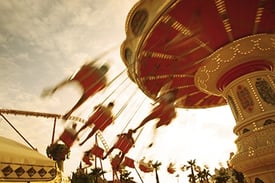 It's almost time for the Oklahoma State Fair, an event that’s been part of Oklahoma’s makeup for more than 100 years. There’s just something about rides, food on a stick, shows, livestock competitions and people-watching that make the fair a fun and unique experience you want to go to year-after-year. The 2015 fair runs from September 17-27 and promises to generate "miles of smiles" for attendees.

Here are just a few of the things you can expect at this year's fair:

Headlining this year’s Tour and Concerts is country music sensation Gary Allen, who will perform at 7:30 p.m., September 26 after the bull riding. Also performing during the PRCA events is the Casey Donahew Band at 7:30 p.m. Sept. 25. Special group ticket prices for groups of 20 or more are available for both performances.

The Fair also hosts plenty of free concerts on the Adventure Road Entertainment Stage, including ones from Chris Janson, Blood Sweat and Tears, The Swon Brothers, La Energia Nortena, Matt Maher, Rose Royce, and Lou Gramm, the Voice of Foreigner.

For younger fairgoers and their parents, Disney on Ice is presenting “Frozen” performances 12 times during the course of the Fair. Come and “let it go” as you watch Elsa, Anna, Olaf, Kristoff and the land of Arendelle on ice. Also be sure to watch for Mickey and Minnie Mouse and appearances from the Disney Princesses. Visit the website for information on tickets and times for shows.

The Quasar, The Screamer, The Power Surge and the heart-pounding Mega Drop will have you on the edge of your seat and wanting more. There are also rides for the little ones in Lil’ Partnerland, a section of the Midway just for the kiddos.

Take a break during your fair adventure and sip a glass of wine or have an ice-cold beer under the canopy in the beer garden. You’ll be able to listen to some great music while also enjoying some great fair food in the shade.

The Oklahoma State Fair promises "miles of smiles" with their lineup for this year and you’re sure to find something for everyone. Visit the website for information about special pricing on admission tickets, carnival ride armbands, School Kids' Day and the Dr Pepper Special.

5 Tips for Living With Kids in an Apartment Home

4 Halloween Events to Attend in Tulsa this Fall