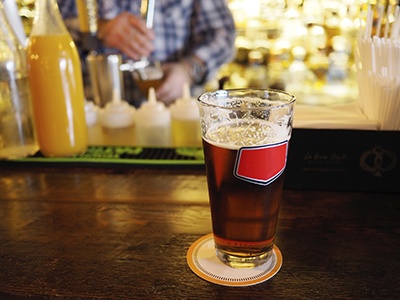 Enjoy Craft Beers at These Microbreweries in Des Moines 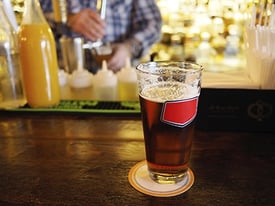 When you have already taken too many guests to museums, amusement parks or even the U.S. Ballooning Hall of Fame, why now try something different and go find out about craft beers in Iowa? There are some great microbreweries in Des Moines close to our apartment community for you to check out.

Started by two Iowa boys who became friends, this company often partners with a local pizzeria, food truck, and area musicians to make enjoying their beer an entire event. You can take a tour of the brewery and get an up-close look at the process of making the suds. If you have a private event coming up, consider using their taproom which has seating for 100.

Dedicated to European lagers and beers, Exile Brewing Company is a way for this family-owned business to honor their immigrant father and expand on their love of beer. A trip to the brewery on a Saturday can be an entire event, starting with a detailed tour of the plant and ending with dinner in the funky American Beer Hall. For only $5 you get to see the brewhouse, fermentation room, lager room and packaging facility. Then, with all things beer spinning in your head, pull up a chair for pint of Bavarian wheat and a helping of lamb sliders, buffalo chicken or if you are really feeling wild, the Exile rarebit.

If you like your beer with a side of downward dog, head over on the second Sunday of the month during the summer for a free yoga class followed by a free beer.

Housed in a historic building and paying homage to Iowa breweries which closed during prohibition, Court Avenue Restaurant and Brewery considers itself Des Moines' original brewery. While there are no tours offered, here you can taste freshly brewed craft beers and enjoy a fantastic dinner that goes a little beyond pub food. Whether your tastes run toward the Honest Lawyer IPA or the Pointer Brown Ale, you will find the perfect dish to go with it.

If you’re in the mood for fresh fish, order the sesame tuna salad. If you are feeling more carnivorous, you can't go wrong with the molasses pork tenderloin. And if you are feeling the call of the Crescent City, Court Avenue offers a traditional jambalaya sure to make you swear you can heard the faint tunes of a New Orleans jazz band.

For those who love the combination of water, yeast, malt and hops, a trip to one of Des Moines microbreweries is a trip to weekend joy. Get out and raise a glass to this interesting industry.