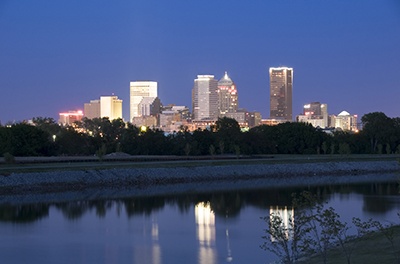 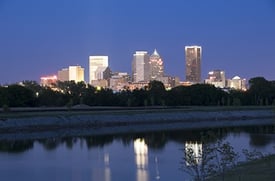 Whether you're moving to Oklahoma City, or a long-time resident, there are always new things to learn about our city. Every idea or project started somewhere and it's interesting to learn the history of the place where you're living. Here are a few fun facts about Oklahoma City.

Oklahoma City was the first city to install parking meters on its city streets on July 16, 1935. Carl C. Magee moved to Oklahoma City to start a newspaper, and he noticed the lack of parking available in the downtown business area. He came up with a solution, the coin-operated Park-o-Meter, which cost drivers a nickel an hour. Despite initial opposition to these meters, retailers loved them, and by the early 1940s, 140,000 parking meters were installed in cities around the country.

At noon on April 22, 1889, a cannon fired, signaling the start of the first Oklahoma Land Rush into the Unassigned Lands. These lands, Indian territory ceded to the U.S. following the Civil War and not assigned to any Indian tribes, were considered very desirable. More than 50,000 people lined up to claim land under the Homestead Act of 1862. By the end of the day, Oklahoma City was established with a population of around 10,000 people.

Singer/songwriter Garth Brooks started out right here in Oklahoma. He was born in Tulsa and began his music career in the town of Yukon, where he grew up. Since his humble beginnings, he has sold more than 70,000,000 albums worldwide.

Guthrie was Oklahoma’s first state capital. In 1910, the state government allowed its citizens to decide where the state capital should be. Oklahoma City won the vote and is now the 30th largest city in the United States.

The Museum of Osteology is home to the skeletons of over 300 species of animals and is nicknamed "the skeleton museum." It might seem strange to visit a museum of only bones, but it is quite interesting. The museum is privately-owned and conducts studies on the bones and skeletons of different species to learn more about them.

Did you know there is a museum devoted to the American Pigeon right here in Oklahoma City? Many people are not particularly fond of these birds, but they do play a valuable part in our history. Pigeons are highly intelligent and are able to fly at an average speed of 77 mph. They played an important part in WWI and WWII, carrying urgent messages from the front lines. Bring the whole family and spend some time learning about the more than 300 varieties of these fascinating birds.

Oklahoma is one of the states that make up Tornado Alley, a term first used in 1952, which refers to an area where there are frequent tornados. On May 3rd of 1999, a total of 74 tornadoes ripped through Kansas and Oklahoma. Oklahoma was even chosen as the setting of The popular movie "Twister" and was filmed in Oklahoma. Oklahoma City itself is one of the few places that have ever experienced an F5 tornado.

If you know of any more little-known facts about living in Oklahoma City, be sure to share them in the comments below.