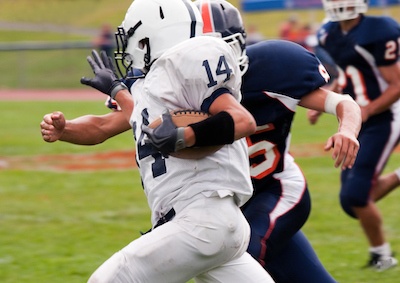 Your Must-Know Essentials for Football Season in Chicago 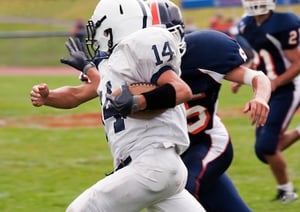 Football season is upon us, with all the joys of football Sunday parties, tailgating events, and stadium games. If you’re new to the Chicago area, here’s everything you need to know to fit in like a local.

The Big Ten Conference is headquartered in Rosemont, Illinois, and has a long history in the Midwest. Though Northwestern University has branded itself as “Chicago’s Big Ten Team,” statistics show that the University of Illinois Fighting Illini actually has a stronger following in Chicago. You’ll also find a strong fan base for the Notre Dame Fighting Irish, Michigan Wolverines, and Ohio State Buckeyes around Chicago, proving that local teams aren’t the only ones to get some love in the city.

The Legacy of The Bears

The Chicago Bears are the city’s NFL team. Founded in 1919, they have a long and storied history, with a loyal fan base in the area. With 32 players inducted, the Bears have the most Hall of Famers of any team in the country. If you’re new to the area, cheering for the Bears is one of the best ways to establish yourself as a real Chicagoan. Cheering on the Green Bay Packers, however, is the worst. The rivalry between the teams goes back to the 1920s, so this is one jersey you should never don in the city (without expecting some usually good-natured heckling).

Soldier Field is home to the Chicago Bears. Opened in 1924, it’s become a Chicago institution, hosting home football games as well as concerts, shows, rodeos, circuses and other sporting events. The smallest stadium in the NFL, Soldier Field can accommodate just 61,500 fans. Don’t miss the chance to snag tickets for a big game and truly get into the spirit of Chicago’s football fandom.

Remember, sometimes the food is as good as the entertainment. Soldier Stadium serves local pizza from Beggar’s throughout the stadium. Other must-taste picks include Nashville hot chicken at Budlong in Section 340 and Italian beef and sausage from Buona Beef carts in Sections 144 and 334.

Get Tickets for a Game

If you haven’t been to a Bear’s game yet, it’s time to snag some tickets for the season ahead. Soldier Field is less than an hour from our Springs at Orchard Road community and under 45 minutes from our Springs at Weber Road apartments, making this a great pick for a free afternoon or evening. Mark your calendar for these home games:

How are you planning to celebrate football season in Chicago? Share your top plans with other Springs residents in the comments section below.