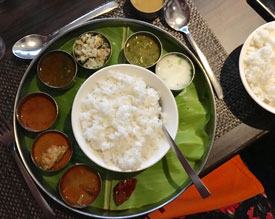 Indian food provides a spicy, comforting homecoming for those who love Southeast Asian cooking and are new to Des Moines or have moved from one part of the metro area to another. 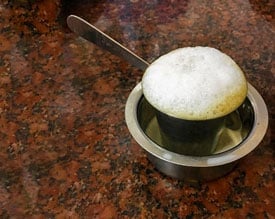 No two Indian restaurants are likely to have the same items on their menu, because India is a huge country with distinctive culinary traditions based on geographic areas. These regions are roughly defined as the northern, southern, eastern and western parts of the country. The online hospitality company TableAgent notes that except for pappadam, a rice cracker spiced with black peppercorns, southern Indian dishes aren't frequently served in in Indo-American restaurants. However, southern dishes do pop up in some metro Des Moines' restaurants.

Eastern India is known for its lightly spiced seafood and desserts. Seafood is also big in western India where Portuguese influences also make that area home to beef and pork specialties. TableAgent explains that Portuguese culinary tradition is responsible for eastern India's spicy hot Vindaloo dishes, based on Vinho de Alho -- a marinade of chilies, garlic, vinegar and wine. 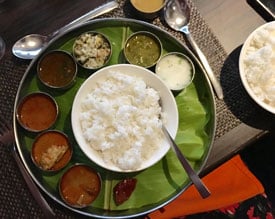 Waukee is a Des Moines suburb just northwest of the city. Indian Tadka's menu includes many northern choices, such as the nomadic lentil dish dal banjara from the province of Rajasthan.

You want it hot? You've got it at Namaste in Clive, which is just north of West Des Moines. Southern Indian Dosas, crepes served with coconut chutney and sambhar (a hot lentil sauce), are a specialty.

As the name West Des Moines indicates, this large suburb is directly west of the city. Fragrant basmati rice is the basis of this restaurant's leading specialty, biryanis for vegetarians as well as chicken and goat varieties.

Springs at Jordan Creek in West Des Moines and Springs at Waukee are pet-friendly, townhome-style apartment communities conveniently located near many fine restaurants. To inquire about a lease, please contact us in West Des Moines or  Waukee. We'll help you settle into your new community.

Previous Story
← Locked Out? 5 Tips to Gain Safe Entry
Next Story
6 Cool High-Tech Devices that Turn Your Apartment into a "Smart" Home →