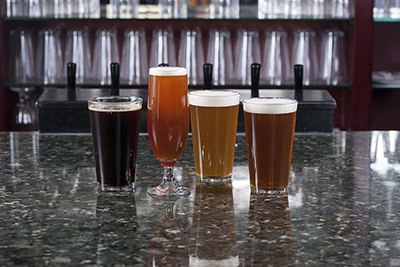 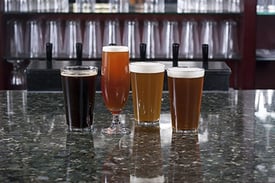 Beer has become more than just something to drink while watching a Vikings game. The proliferation of microbreweries has changed the game for the better, allowing cities and regions to develop their own craft beers with the distinctive stamp of their areas.

The Twin Cities and Rochester have more than held their own as a number of quality microbreweries have opened and flourished. Check out one of these top locations the next time you head out with your friends.

Founder Mark Stutrud was ahead of the curve, opening his visionary microbrewery in 1986. The discouraging response he received from the Brewers' Association of America still hangs in a place of honor in Summit's Rathskeller. Their Beer Hall is open from 4 p.m. to 9 p.m. each Friday and Saturday. Food trucks are on hand and your faithful dog is welcome on the patio.

Brews like Peanut Butter Porter and Chocolate Milk Stout have been so popular that Dangerous Man has had to cap growler sales at 30 per day and one per customer. Fortunately, there's no limit to visits to their taproom, a one-time bank transformed by unique pieces created by local artists. The taproom is open every evening except Sunday and Monday. No food is served, but you are free to bring in food from home or carry-out from one of the neighboring restaurants.

Located in the historic Broadway building, the taproom at 612Brew features exposed brick and timber along with polished concrete floors that create a comfortably stylish ambiance. Current brews include the cleverly named Mary Ann, a German-style lager spiced with freshly grated ginger, and SIX, a biscuit-flavored pale ale named after the number of the bus that runs past 612Brew's original test brewery.

Kinney Creek brought the fine craft of brewing back to Rochester for the first time since Prohibition. Their beers include Black Ice IPA and Chasm Stout as well as seasonal varieties such as Honey Blonde, Squirrel's Delight and Rochtoberfest. Kinney Creek's taproom opens at noon seven days a week and growlers are sold daily while supplies last.

The name of this brewery was inspired by medical grand rounds, where people of different ages, specialties and backgrounds gather to learn. The founders felt that term perfectly captured their desire to create a community where guests could meet and share some great conversation over a beer or two. Unlike many brewpubs, Grand Rounds is actually a full-service restaurant serving lunch and dinner. Pair your meal with a brew like Freedom Scotch Ale or Hawaii 507 Coconut Stout.

Why not appoint a designated driver and create your own microbrewery tour? Be sure to report back with your findings!