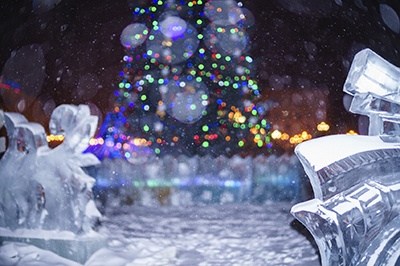 Cold Outside? No Problem! 5 Top Winter Events in the Twin Cities and Rochester 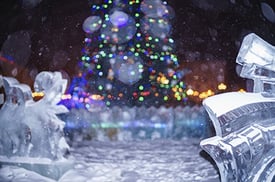 The rest of the country is catching up to the secret we've known for a long time: cold weather doesn't have to put a deep freeze on entertainment and activities. Organizations such as personal finance experts Wallet Hub rank the Twin Cities among the top cold weather destinations in the United States, with a particularly high score in cold weather activities. Here are some of our favorite Twin Cities and Rochester events that keep the fun going year-round.

Experience Minnesota's favorite sport the way it was originally played, outdoors in the crisp air on natural ice. Five divisions, including one for women, compete for either the "Golden Shovel" or the "Silver Scoop." After watching the excitement, you might be ready to lace up your own skates!

Break out of mid-winter cabin fever by participating in this wide-ranging festival encompassing the entire city of Rochester. Past events have included candlelight skiing at Quarry Hill; a fundraising evening of dinner, music and gambling at Blizzard Bash; SnoBall Softball Tournament; and a series of Polar Plunges supporting Minnesota Special Olympics.

What's more fun than a parade? How about a parade where the "floats" are creatively decorated sleds cruising down a snowy hill? 2016 will be the eighth year of this event that is sponsored by South Sixteenth High Jinks, a neighborhood group of artists and residents with a goal of promoting artistic expression with out-of-the-box community events.

This iconic celebration has been delighting residents of all ages for more than 130+ years. The carnival was inspired by the legend of the god Boreas, King of the Winds, who claimed Saint Paul as his winter playground. Sample a selection of more than 120 craft beers at the Beer Dabbler Winter Carnival, watch skilled ice carving artists at work, enjoy family-friendly activities at Snow Park, and visit not one but three parades.

Saint Paul is hosting the finale of this four-city world tournament. Ice cross downhill is a thrilling combination of skating and skiing that involves racing down a long track featuring jumps, hairpin curves and other obstacles. Cheer on Minnesota native Cameron Naasz as he looks to clinch his first championship after coming close the last two years.

Do you have a favorite cold weather event to add to this list? Tell Springs Apartments about it in the comments!

Previous Story
← Celebrate the Season at 5 Entertaining Holiday Events in the Twin Cities and Rochester
Next Story
Apartment Living: 3 Tips For Getting Along With Any Neighbor →