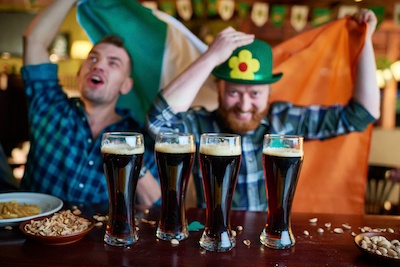 Get Your Irish on at 6 Twin Cities Pubs and Events 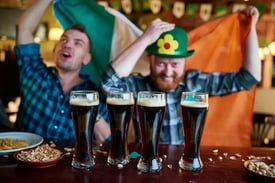 When it comes to St. Patrick's Day, shamrock green can be found all over the Twin Cities. Grab some friends and join in the celebrations at these pubs and events where everyone is Irish for a day.

Dueling parades are taking place on both sides of the river, and there is time to catch both.

2016 marks the 35th anniversary of this annual event hosted by the Irish Music & Dance Association. The Celebration runs from 10 a.m. until 5 p.m. on Thursday, March 17. Activities, including traditional Irish music, dancing, food and art, are so plentiful that the event spills over to the Day of Irish Dance from 11 a.m. until 5 p.m. on Sunday, March 20. Tickets for each event can be purchased at the door for $6.

This lively pub is just a Blarney Stone's throw from Springs at Egan Drive. In true Irish style, they begin the St. Patrick's Day celebration early with Irish trivia on Tuesday, March 15, followed the next evening by Luck of the Irish Bingo. The official party on Thursday features corned beef and cabbage along with plenty of green beer.

March 17 is also the 75th anniversary of this popular Twin Cities pub. Their annual St. Patrick's Day Celebration draws so many guests that they set up a tent to accommodate the party. Live music is featured in both the pub and the tent. Activities kick off at 3:30 p.m. with the World's Shortest Parade led by the Brian Boru Pipe Band.

Did we miss your favorite Irish pub or event? Let us know in the comments!