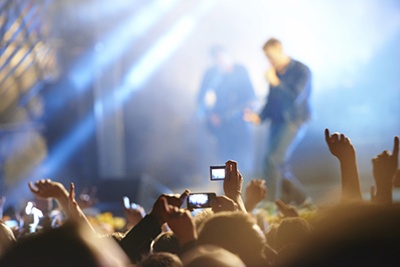 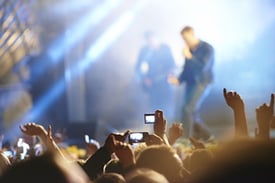 The Twin Cities are known for their vibrant theater scene, but you can also find an impressive range of musical acts taking the local stages. On one night you can see a headlining national superstar, and on the next you can visit an intimate club for some rock or country. We've compiled a list of our favorite live venues that we're sure you'll love too.

The Minnesota Wild of the NHL make their home at this 20,000 seat multipurpose arena, but they generously share the facility with a variety of top musical acts that come to the Twin Cities. Some of this summer's visitors include indie icon Dave Matthews Band, punk-pop favorites 5 Seconds of Summer, and original American Idol Kelly Clarkson. Things stay hot into fall when Taylor Swift and Madonna come to town.

Living in the Twin Cities doubles your live music opportunities. Any national acts that don't make it to Xcel Energy Center are bound to stop off here. Blockbuster tours scheduled to appear this summer and fall include country music icon Shania Twain, pop-rap sensation Iggy Azalea and iconic rockers The Who.

Enjoy an up-close and personal view of the best in cutting-edge musical acts at this old-school music hall. On a typical night you might see Neon Trees, Bob Schneider or "Zappa Plays Zappa," with Dweezil Zappa playing the tunes of his influential father. There is a full bar, so don't miss an opportunity to check out the facilities that have held the title of "America's Best Restroom."

With a capacity of just under 6,000, this beautiful auditorium is more intimate than an arena but more comfortable than a bar or club. The bookings lean more toward indie rock, but acts like Ke$ha and Rob Zombie have also appeared on stage. Upcoming shows feature Hozier, Of Monsters and Men and Zedd.

This one-time Greyhound bus station has become a legendary music club on a par with Fillmore in San Francisco and CBGB in New York City. A who's-who of local bands like Soul Asylum and the Replacements got their start here, and stellar names like Eminem and the Ramones have also performed on stage. As if that wasn't enough, Prince memorialized his relationship with the club in his award-winning film Purple Rain.

This popular three-story venue will make all your entertainment dreams come true. Live music is featured every weekend, including a mix of the best national and local musicians. There are also a number of huge flat-screen TVs to catch the latest sports action along with games like darts, pool and pull tabs. The highlight is the scenic rooftop patio bar where a live DJ plays Thursday through Saturday.

What is the best concert you have attended in the Twin Cities? Share your memories with us in the comments!